This has truly been a whirlwind weekend. As I mentioned in previous posts, a small group of study abroad students made plans to summit the highest peak in North Africa, Jbel Toubkal. To help convey the gravity of that statement I have prepared a picture for you using window's paint: 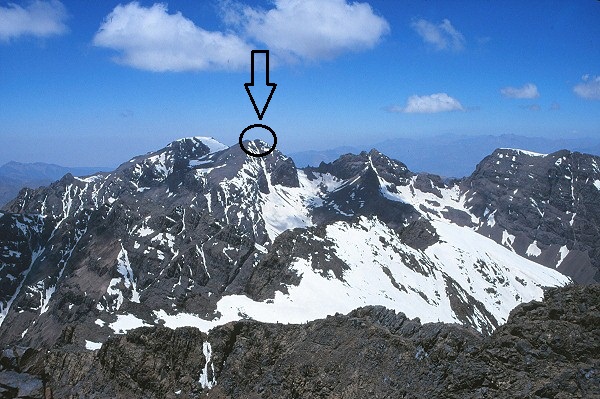 Our goal was in that circle.

So, hopefully that helps give you an idea of what our weekend had in store. There were six of us, and we planned to summit and get back within two days. Guided by a few understated guidebook explanations of the trek and an undeserved sense of capability, we took the 5:50am train to Marrakech. From there we took a taxi to Imlil, the town at the base of the mountain, and we were able to begin the first half of our trek at around 1:20pm. We had an 8 mile hike to the refuge, where we would sleep Friday night before attempting to summit Saturday morning.

The first half. An 8 mile hike to the refuge.

Despite the fact that we all had read and knew that altitude would be a factor, we were set on getting to the top of that beast of a mountain and returning to Rabat within two days. On the first day of trekking the group was forced to separate into two groups of three because of a slight difference in pace. This decision, while not ideal, was made in order to ensure that there would be six open beds at the refuge. Luckily there were, and we were all able to have a horrible night's sleep in an unheated stone building in a valley between two mountains. That might sound cool, but believe you me, after getting to 3,000 meters (9,842 feet) elevation all you really want is a hot shower and some good soup. We had neither.

(There's a part of our first day's trek that I'm really hesitant to include. However, I feel it helps convey just how hard we pushed ourselves this weekend. In a half hearted attempt to save myself from blatant embarrassment, I decided to share it with you only in parenthesis. In the last half hour of our first day's trek to the the refuge on Friday. I puked. I puked hard. Twice in fact. I am ashamed to say it, valued reader, but it was not pretty. The cause of this sudden expulsion is uncertain, and it came as a complete surprise to everyone, myself included. The most plausible excuse at this time is the rapid altitude change and my lack of acclamation. It happened with the refuge in sight, and I was able to push myself that last leg. Needles to say, that after this little setback I wasn't sure how I felt about going all the way to the summit.) 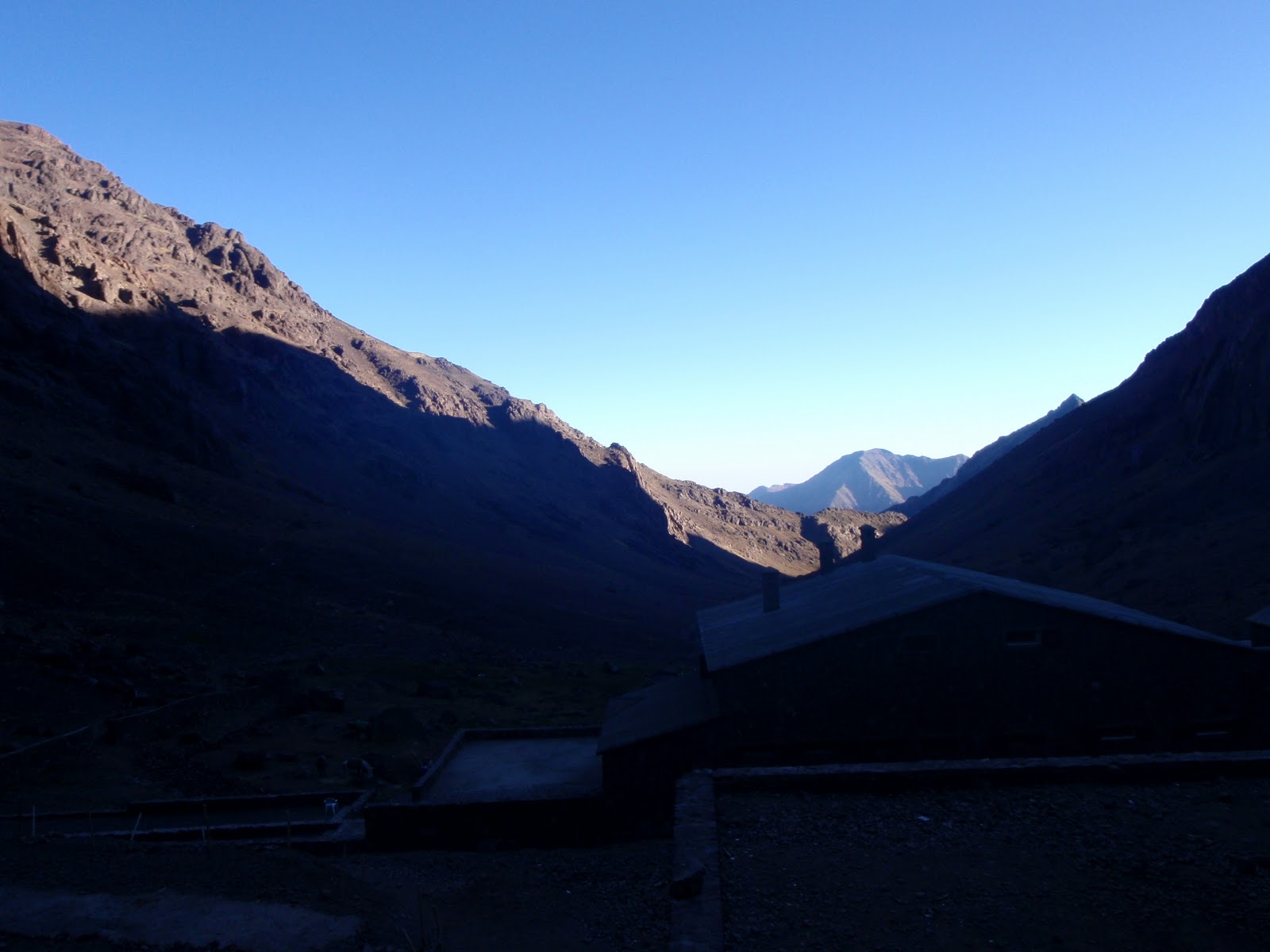 The view from the refuge. The end of the 1st day.

We woke up early the next day, Saturday, with our hearts set on the summit. Despite my trouble toward the end of the previous day, I felt drive and a sense of reinvigoration pushing me onward. We left at around 7:30am, give or take a few minutes, and despite the trek being only 3.6 miles in total we did not make it to the top until a little bit before noon. The trail was much steeper and considerably more hazardous. It was a very humbling experience for all of us. As anyone who has ever climbed a mountain can tell you, it is trying in every possible aspect. By the time we made it to the summit we were exhausted physically, mentally, and any other way you might think possible. But believe me, once you stand on top of that mountain everything else fades away. There are no words to describe the feeling that you get looking out from the tallest peak and realizing that you carried yourself there with your own two feet.

On top of (part of) the world.

After that morning, which was one of the most productive mornings I have had in a long time, we decided to hike all the way back to Imlil and try to catch a taxi to Marrakech in hopes of catching the last train back to Rabat. Ambitious? Extremely. Of course this put our total hiking distance for the day at around 16 miles. And as we later figured out, the total distance walked/hiked this weekend was about 24 miles in two days. So you can understand why my body currently hates me. We ended up accomplishing the ambitious goal of getting back to Rabat. I got back to my apartment a little bit before 3:00am this morning. I am tired and dirty, despite large amounts of sleep and showering. I do not think I will be able to truly bask in the glory of this accomplishment until my mind and body have recuperated. Near the end of October sounds about right.

In any case it was a once in a lifetime opportunity. And I don't mean that in the standard use of the phrase. I mean that I don't plan on climbing any more mountains any time soon.

Here's a nice group picture that we got from the summit, courtesy of Laura Gwen, and thanks to a nice Hungarian couple that we met along the way: 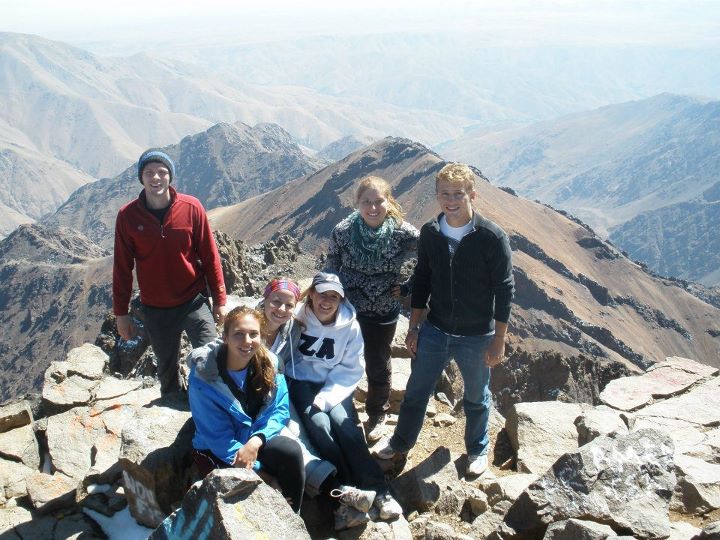 It still feels kind of surreal.

If you are interested in seeing the rest of my pictures you can find them here. They come with identifications of my fellow alpinists and snarky comments. I would give you a haiku or something, but that's going to have to wait until next time. I am so tired I could sleep until Wednesday. So until then, thanks for taking the time to catch up with me.