So...Looking at my most recent entry before this one and realizing that it's been about 36 days since the last time I've blogged, is probably not a good thing. But I'll remain optimistic, at least it wasn't 37 days! As you may have guessed, a lot can happen in a 36 day long period. Just to give all of you an idea, I'll list everything I've done since getting back from España (Spain).

First thing I did was go back to school and take what the french call the "Bac Blanc" (pronounced "Bak Blawn" héhé.) The best american comparison I can think of is a practice ACT/SAT. And I'm sure all of you will be shocked to hear that I took the entire thing in FRENCH! The only results worth hearing about are the ones I got on the french part of the test...mostly because I didn't answer a lot of questions on the other sections. Anways on the french part I got a 13 out of 20, which in France is pretty dang good. To put it in perspective I got the second highest grade in my class of 16 year old compatriotes.

After that delightful week I hopped onto a ferry and headed towards Liverpool England, where I spent a week perfecting my fake Liverpool english accent. (I tried it out on some Australians, they told me it was pretty good, which says a lot because they are decended from the English criminal justice system!)

From there I did several other things like going to the departmental final with my rugby team and getting our butts kicked by some giant sized woodsmen, I had a meeting with all of the other exchange students in France in Toulouse, which was extremely hyped up and then ended up being a tiny bit of a let down, but it's not grave, the point is I got to see friends and talk english and stuff.

Then, to finish up this 36 day summary, I was visited by my two favorite New York City living cousins. Yes Amy and Jacob did end up finding my almost unfindable town and they even ate dinner with my host family and Jacob tried to talk french a little bit and was extremely formal with my 6 year old host brother! It was great time and the day after we got to go see almost all of my little departement. Which including drinking "healthy fizzy water" from a natural spring, which ended up burning Jacob's face.

So there you have it. Every major event from the last 36 days. I'll be changing host families soon and I'm confidant that I'll be able to update this blog on a much more regular basis...as long as I feel like it. Merci d'avoir tout lu! 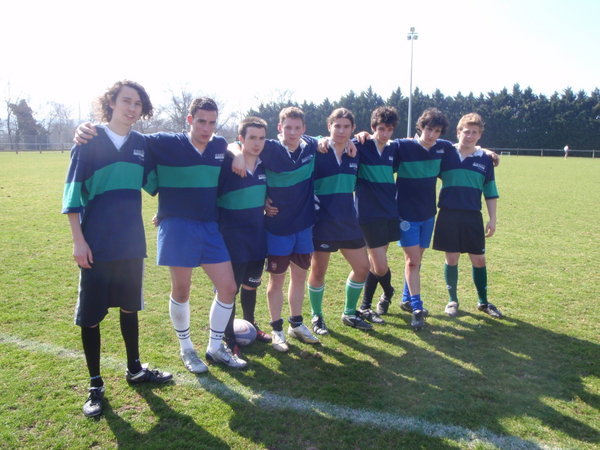