So today, on the eve of my one month anniversary of being in France, I've decided to do something special. Okay, it's not that special. Basically, I'm just going to share some of my newly acquired wisdom with you. All of what follows has been, of course, learned during my last 30 days in France. If you are going to be staying in a foreign country for an extended period of time in the near future I recommend you pay close attention.

That's all I've got at the moment. But remember I've only been hear one month, if I continue to learn four a month, that's fourty-four by the time I come home! So thanks for reading, and remember, duck liver actually isn't that bad before you know what it is. 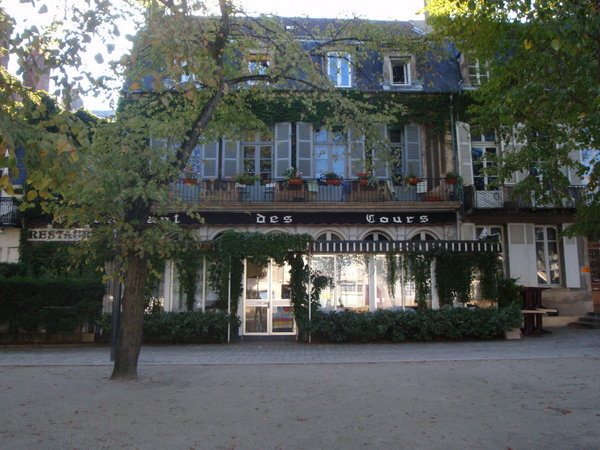 Chez Moi. My room is the second window from the right on the very top.