Long time no update, so I decided to log in and fill in the gaps a bit. You'll have to excuse an spelling or gramatical errors that show up in my blogs from this point on, the longer I'm emerged in the French language the more I forget how to spell in my first. So, here's what's been happening since last I posted. I think it was right after my autumn vacation, so I'll take it from there. Since then there has been almost nothing going on here in my corner of the world. The next major holiday isn't until Christmas (Nöel) and I've basically just been heading to the daily grind everyday since vacation ended. Yesterday, in honor of our american roots the four americans at our school (myself included) threw a thanksgiving party and invited a bunch of our friends of french origin (hopefully the meaning of the title has now been made clear to those who didn't not understand it at first). I think it went pretty well, I'm not sure if we really taught our our friends of french origin anything about thanksgiving, but we had a good time regardless. 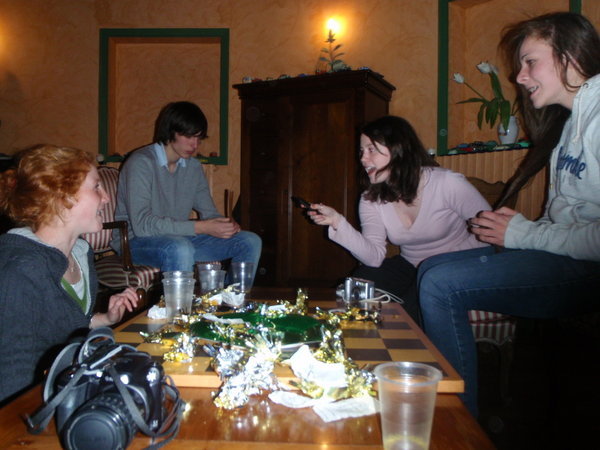 The highlight of "Francs-giving" consisted of the americans sitting around a table talking in english...