A Right of Passage

So today, I'm writing for an incredibly important reason. Wine. Yes that's right, and not just any wine, today I visited one of the most respected one cellars in all of France. If there are any wine experts reading right now get ready for a huge name drop. Here it comes: "Bouchard Père & Fils". I know right? For those who have absolutely no idea what I'm talking about let me explain in terms that helped me understand. For starters this family of wine has been around since 1731. That's 45 years before my country officially existed! 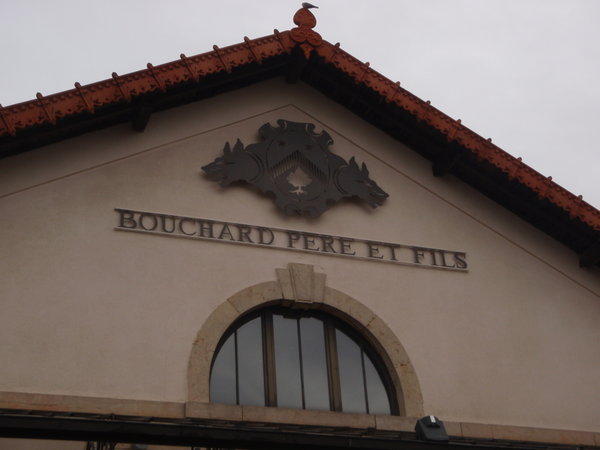 The Family Crest.
There's actually a lot of symbolism behind this...if I understood correctly.

Today I saw bottles of wine that were more than 150 years old! I didn't even think that was possible. I think it goes without saying that if your wine company has been around for more than 250 years, you're doing something right. What's even better is I'm now an advanced expert in the ways of wine tasting and and such. In fact I'm going to do something special and list all the wines that were swished around in my mouth aujourd'hui. They go something like this:

And that's only the reds! I also tasted 5 other whites, as well as three additional wines with lunch. Thank you, I'm practically french now it's true. If there are some of you out there who didn't understand anything at all while reading this post, don't worry all it takes is a year or more in France to only start to understand the importance of wine in french culture. Thanks for reading, and I don't want any comments about how I've become an elitist since I've left home... 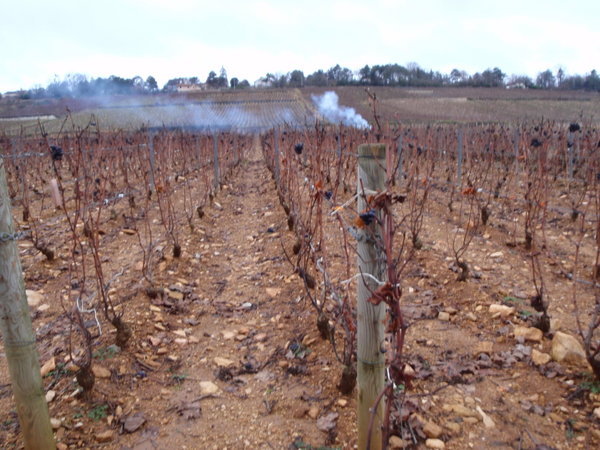 It was cold and crappy, and this is also "le vigne de l'enfant Jésus" if I'm not mistaken... 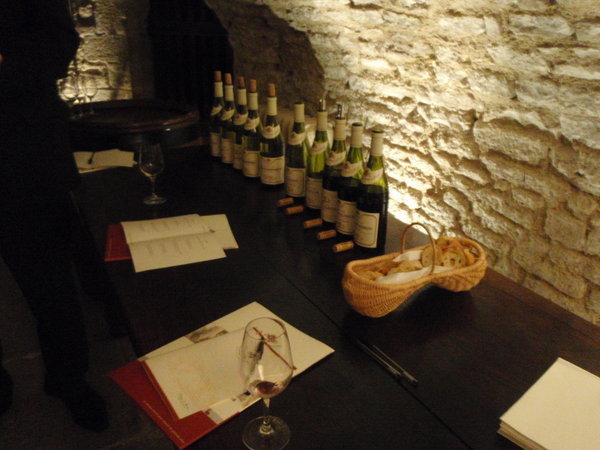 The tour guide told me that they sell happiness in a bottle...
...therefore you must have to pay more to be extra happy.